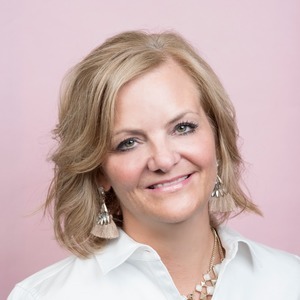 Host of See It To Be It

CEO+Founder of ON THE DOT

If you ask Melinda Garvey what her big dream is, you will probably hear her say: “I want to brainwash women!” Now, don’t be alarmed. She just sees this as the fastest way to ensure that ALL women know their worth, have a tribe of other women supporting them and can see their own path to success through access to the Manolos of women that came before them.

“It’s really all about creating a mindset of abundance, rather than scarcity,” Melinda explains. “There are millions of non-celeb, non-corporate titan women who are successful. We just simply don’t ever hear their stories, so we believe that the landscape is barren. On The Dot is on a mission to change that by giving access to successful women and their stories every day.”

It all started in a little Texas town called Austin. One day in 2002, Melinda decided (after one too many glasses of wine) to use her media background to empower, engage and inspire the women of Austin by launching Austin Woman Magazine. Now in its 16th year and hailed as the go-to resource for women looking to move ahead and build a legacy, Austin Woman is going strong…

But what about women around the globe? “When I heard that one of the very top reasons women were not achieving equal success was the lack of access to relatable role models,” Melinda continues, “I just got mad.” And we don’t like to make Melinda mad, or apparently feed her too many glasses of wine, because then she just does something crazy…like start another company.

And so, On The Dot was born, with little more than a deep passion for championing women, an expertise in storytelling and the moxie to believe that On The Dot could change the conversation about women’s advancement. What if, every morning, millions of women around the world heard a story about a successful, relatable role model? How would our mindset change if we could SEE it and then know that we, too could BE it? Let’s do this!

When not on her soapbox, you can find Melinda and her Kiwi husband and business partner, Kip, at a soccer game or swim meet cheering on their 11 year old feminist son, Beckom. Other than that—you guessed it—you can find her surrounded by a gaggle of women drinking wine, of course!